Sporotrichosis (also known as "rose gardener's disease") is a disease caused by the infection of the fungus sporothrix schenckii. This fungal disease usually affects the skin, although other rare forms can affect the lungs, joints, bones, and even the brain. it infection with or disease caused by a fungus of the genus sporothrix

Additional bumps or sores may appear later near the original one. Pulmonary(lung) sporotrichosis is less common than the cutaneous (skin) form of the infection. Symptoms include cough, shorthess of breath, chest pain, and fever. Symptoms of disseminated sporotrichosis depend on the body part affected.

Sporotrichosis is an infection of the skin caused by a fungus, sporothrix schenckii. This fungus is related more closely to the mold on stale bread or the yeast used to brew beer than to bacteria that usually cause infections. The mold is found on rose thorns, hay, sphagnum moss, twigs, and soil. 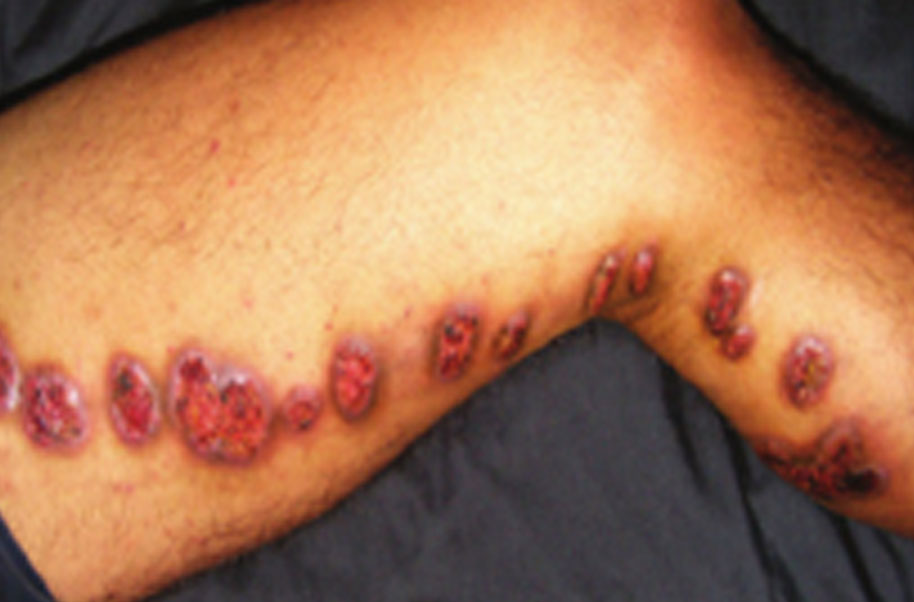